Arise and Go to World Youth Day with the Archdiocese of Oklahoma City. We will begin with a tour of Rome before visiting World Youth Day and then wrapping up in Fatima. Every step of this trip is being professionally organized and arranged.

Price including Land Only based on Double Occupancy: $2795.00

Price including Land Only based on Triple Occupancy: $2724.00

*Prices are valid only if the deposit is received no later than March 17, 2023

***Airfare from Oklahoma City to Rome, Rome to Lisbon, Lisbon to Oklahoma City will be quoted separately 11 months before departure. (September 2022)

The entry requirements of foreign nations change often. It is each traveler’s responsibility to know and meet these requirements, most of which can be found online by searching official government sources of the country you wish to visit. All cancellations, regardless of the reason(s), are subject to the cancellation terms and conditions stated on the brochure and in the Terms and Conditions on our website. Please consider protecting your investment with the purchase of a Travel Protection Plan that includes the option to Cancel for Any Reason. More information on Travel Protection Plans can be found HERE.

Included on your trip 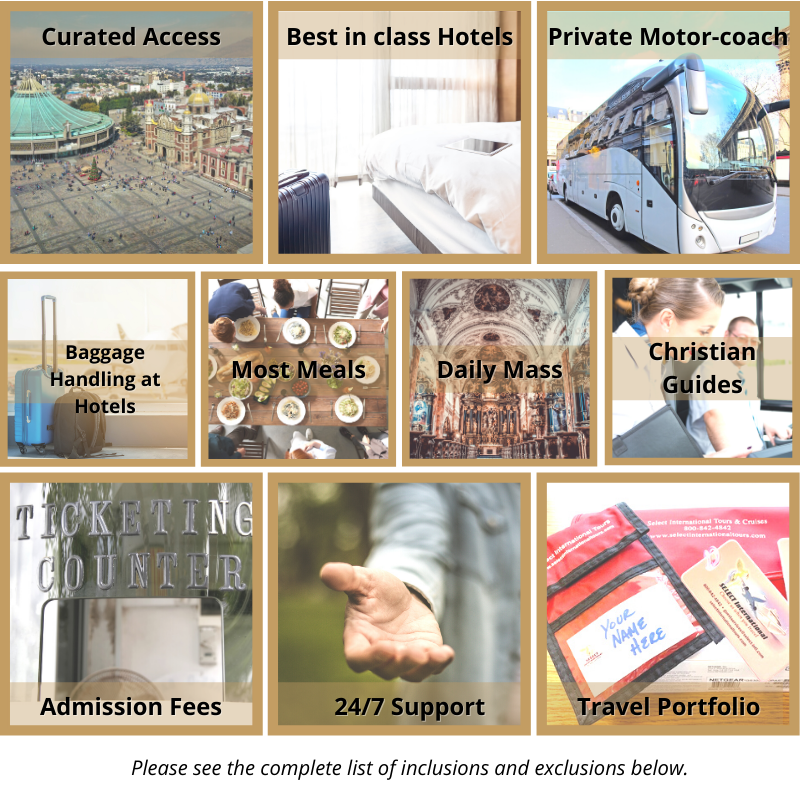 Travel Protection is Available for This Trip

We have negotiated a custom travel protection plan for your trip with Travel Insured International. We strongly suggest you consider a Cancel for Any Reason travel protection plan to cover your travel investment. To learn more about your options and to purchase Travel Protection for this trip, please click the button below.

If you would like to speak to a Travel Protection Professional, please call our Travel Insured Team at: 1-844-440-8133

Please note that Cancel for Any Reason Protection MUST be purchased within 10 days of your initial deposit.

TOUR DOES NOT INCLUDE