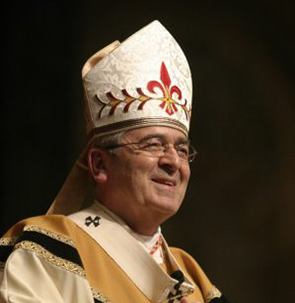 In October 1961 he entered the graduate division of the North American College in Rome and began graduate studies in canon law at the Pontifical Gregorian University. He obtained a doctorate in canon law from that university in 1964. From 1964 to 1966 he followed the course of studies at the Pontifical Ecclesiastical Academy while serving in the English-language section of the Secretariat of State of the Vatican.

From September 1966 to February 1970 he served at the Apostolic Nunciature in Madagascar, which also was the Apostolic Delegation for the islands of Mauritius and La Reunión. In July 1967 he was named a Papal Chamberlain (Monsignor) to His Holiness Pope Paul VI.

During his service at the Vatican Secretariat of State, he also accompanied Pope John Paul II on a number of international pastoral visits, including the Holy Father’s two major journeys to the United States in 1979 and 1987. The 1979 trip included a visit to Philadelphia. On April 19, 1980, he was named a Prelate of Honor of His Holiness. He became a magistral chaplain in the Knights of Malta on Oct. 25, 1984. On Oct. 13, 1986, he became a Knight of the Holy Sepulchre.

On June 8, 1985, he was named President of the Pontifical Ecclesiastical Academy and Titular Archbishop of Bolsena, Italy. Pope John Paul II ordained him to the episcopacy on Sept. 14, 1985 in the Cathedral of Albano in Albano Laziale, Italy.

From 1985 to 1990, in addition to being President of the Pontifical Ecclesiastical Academy, he held a number of positions at the Vatican, serving the Secretariat of State, the Council for the Public Affairs of the Church, the Congregation for Bishops, and the Pontifical Council for the Laity. On Dec. 21, 1989, he was named Secretary of the Congregation for Bishops, and on Jan. 2, 1990, he became the Secretary of the College of Cardinals. He was a member of the Permanent Interdicasterial Commission and served as a consultant to the Pontifical Commission for Latin America and the Congregation for the Doctrine of the Faith. During the same time he was also engaged in pastoral services to a number of parishes and seminaries in Rome.

Two weeks after his installation as Archbishop of Philadelphia, he was formally created a Cardinal by Pope John Paul II in the Public Consistory in St. Peter’s Square on Oct. 21, 2003. He was assigned the Titular Church of St. Prisca in Rome.

His Holiness Pope Benedict XVI appointed Cardinal Rigali a member of the Vatican Congregation for Bishops on Sept. 26, 2007. The Cardinal is also a member of the Vatican Congregation for Divine Worship and the Discipline of the Sacraments and of the Administration of the Patrimony of the Holy See. He is on the Board of Trustees of The Catholic University of America. At the same time, he is Chair of the University Seminary Committee and member of the Administrative Committee. He is on the Board of the Basilica of the National Shrine of the Immaculate Conception in Washington, D.C., and the Chair of the Basilica’s Iconography Committee. His Eminence is also a member of the Board of Directors of the National Catholic Bioethics Center and of the Papal Foundation. He is a member of the Equestrian Order of the Knights of the Holy Sepulchre of Jerusalem. He became a magistral chaplain in the Order of the Knights of Malta in 1984 and received the Order’s Bailiff Grand Cross of Honor and Devotion in 2008. On June 5, 2004, he became a Knight of Peter Claver.

On July 19, 2011, Cardinal Rigali became Archbishop Emeritus of Philadelphia upon Pope Benedict XVI’s acceptance of his letter of resignation, written the previous year upon his having reached the age of 75. Cardinal Rigali now resides in Knoxville, and although retired from full-time episcopal ministry, he remains involved in the life of the universal Church through various pastoral and consultative activities. 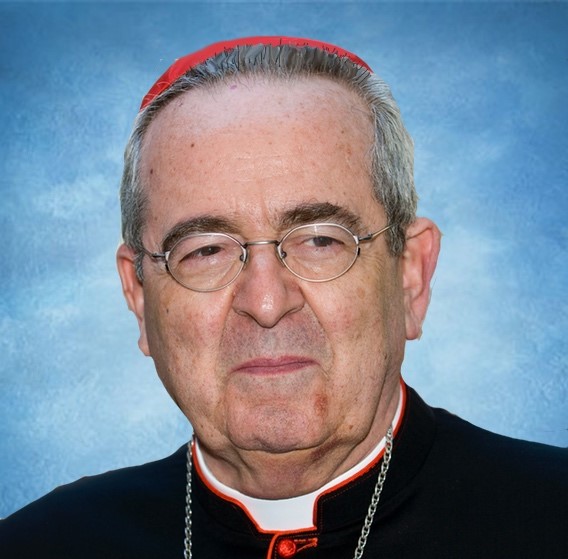 I want to know when Cardinal Rigali adds new trips.

We will send you an email whenever Cardinal Rigali adds a new trip. We may also send you an occasional email with special offers or unique trips.