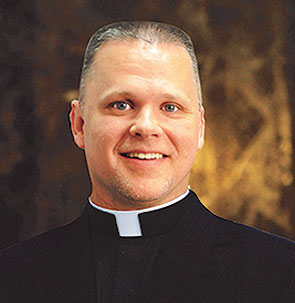 Father Chris Alar, MIC, entered the Marian Fathers of the Immaculate Conception, the religious community entrusted with spreading the message and devotion of Divine Mercy, as a postulant in July 2006. Prior to that time, he received a Bachelor of Science in industrial engineering and a Masters of Business Administration from the University of Michigan. After working as an engineering manager at a Fortune 500 Tier 1 automotive company in Detroit, he began his own consulting firm in Charlotte, North Carolina, in 2000.

Answering the Lord’s call, he attended Franciscan University of Steubenville, in Ohio, for his philosophy studies, Dominican House of Studies in Washington, D.C., for his theology studies, and he earned his Masters of Divinity degree from Holy Apostles Seminary in Cromwell, Connecticut.

Fr. Chris wrote and produced the popular “Divine Mercy 101” DVD and is the author of the book After Suicide: There’s Hope for Them and for You. He is a nationally known speaker and a regular host and guest on EWTN. He also hosts the online “Divine Mercy Matters” series at DivineMercyMatters.org. He currently serves as “Fr. Joseph, MIC” the director of the Association of Marian Helpers, and is the head of Marian Press, located in Stockbridge, Massachusetts, home of the National Shrine of The Divine Mercy.

Notify Me of New Trips 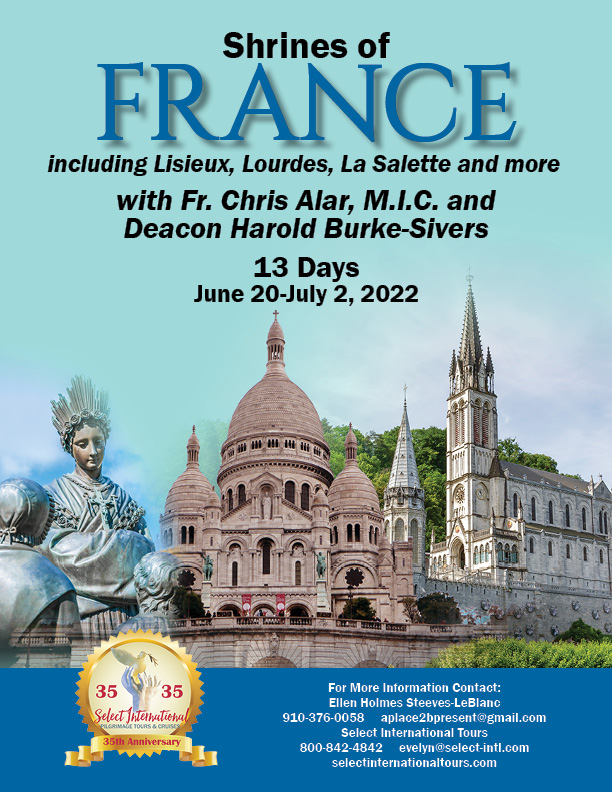 We will send you an email whenever Fr. Alar adds a new trip. We may also send you an occasional email with special offers or unique trips.