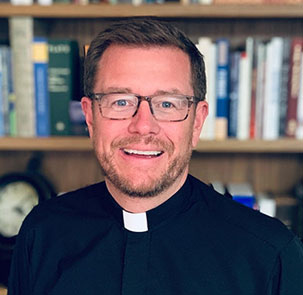 Fr. Randy’s parents met in Denver in the mid 1960’s, they were married at St. Vincent de Paul Catholic Parish in Denver and then moved to California, where his father had grown up, in 1974. Fr. Randy was born in California in 1976. In the spring of 1979, his parents moved the family back to Colorado, settling in Aurora where Fr. Randy grew up attending Queen of Peace Catholic Parish and Cherry Creek Public Schools.

Fr. Randy experienced his faith conversion during his sophomore year of high school while enrolled in the sacramental prep program for Confirmation. That year, on an overnight retreat, he made his discipleship decision, choosing his faith as his own and surrendering his will to Jesus Christ. This election was further enforced through the reception of the Sacrament of Confirmation in May, expanded involvement in high school youth group as a junior and senior, and attendance at World Youth Day in Denver in 1993.

During high school he was involved in a vocational technology program and received training in computer graphic design. Before the end of his senior year, he was employed part-time at a sportswear company in the afternoon. He was discerning attending a trade school for graphic design after he graduated, when his employer offered him a full-time job when he graduated. He took the job where he worked until the summer of 1998.

Since all his friends were off at college, Fr. Randy became involved as a young adult leader at his parish. As one might expect, an unmarried young man spending most of his free time volunteering at a parish, he received sufficient encouragement to become a priest. While chaperoning a group of high school students to World Youth Day in Paris in 1997, he met Archbishop Chaput who actively recruited him to join the seminary. In the winter of 1998 Randy applied for and was accepted to be part of the National Evangelization Teams (NET), a one-year missionary commitment to travel the country with other young adults and lead youth retreats. He quit his job in August of 1998 and served on NET through May of 1999.

During his Christmas break on NET, Fr. Randy met with the Vocations Director of the Archdiocese of Denver and picked up an application for seminary. Upon finishing NET, he applied for and was accepted to the spirituality year in the fall of 1999, the first year of the newly opened St. John Vianney Theological Seminary. After eight years in formation, he was ordained a priest in May of 2007.

His first assignment was as the assistant in three rural towns in western Colorado: Craig, Meeker, and Rangley. In 2010 he moved to Summit County where he served as pastor until 2014. In May of 2014 he became the Vicar General and Moderator of the Curia, serving in this capacity until July of 2019 when he took on the responsibility of Vicar for Clergy, while at the same time handing off much of the work of the Moderator role to the newly created position of Chief Operating Office held by a layperson. In July of 2021, the role of Vicar for Clergy was given to another priest and Fr. Randy continued to serve as the Vicar General.

In July of 2022, Fr. Randy was assigned made Pastor of St. Thomas More Catholic Parish in Centennial. He continues to serve as the Vicar General. When he is not busy with his dual role, he enjoys hiking, camping, and paddle boarding in the summer, and skiing in the winter. He has a passion for travel and is looking forward to a 13-day pilgrimage to France in 2023 to visit sites associated with saints who have had a special part in his spiritual formation. 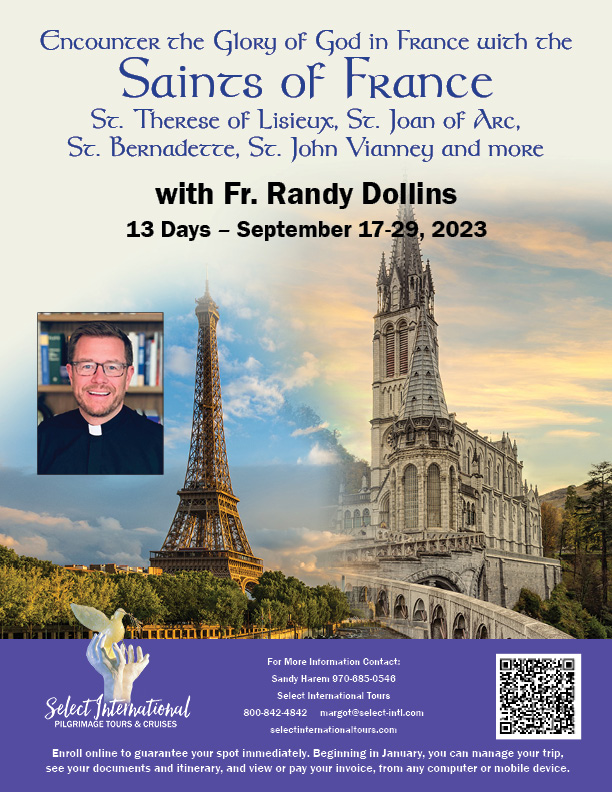