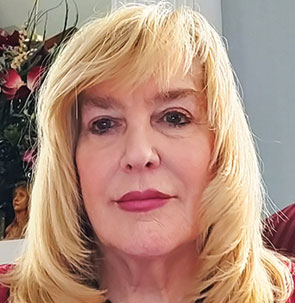 Gail Buckley is the founder and president of Catholic Scripture Study International. CSS, as it is better known, has thousands of members in every state of the U.S. and in 40 countries. The commentaries in the CSS program studies are written by well-known Catholic authors and Scripture Scholars such as Dr. Scott Hahn,Steve Ray, Fr. Mitch Pacwa and Mike Aquilina among others. Video lectures that accompany the studies are done by Catholic priests, including Fr. Jeff Kirby, Fr. Patrick Winslow, Fr. Mitch Pacwa, and Fr. Frank Pavone.

Gail has served as the president of the Catholic Leadership Conference, hosted a live, national radio show,”The Bible Lady” on Radio Maria and for the past 10 years she’s been doing a “Bible Lady” segment, every Monday on the Ave Maria/EWTN radio show, “The Catholic Connection” with Teresa Tomeo. She has been a featured guest on EWTN’s television shows “The Journey Home”, “EWTN Live with Fr. Mitch Pacwa”, “Bookmark” with Doug Keck and “The Catholic View for Women” and has been profiled in The National Catholic Register, Lay Witness and Envoy magazines. Gail also hosts the Carolina Catholic Spotlight show Tuesdays at 5 pm on Carolina Catholic Radio Network.

Gail is a member of the Catholic Speakers Bureau and has spoken at several national Catholic conferences and parishes around the country. She’s also been a featured guest on many Catholic radio shows including Catholic Answers Live, Ave Maria radio: Catholic Connection with Teresa Tomeo, Al Kreska in the Afternoon; EWTN’s Deep in Scripture program with Marcus Grodi, Catholic Insight with Tom Curran, Sacred Heart Radio, Relevant radio and others.

Gail is also a Dame in the Equestrian Order of the Knights and Dames of the Holy Sepulchre, an ancient order under the Papacy and in May 2009, she was invited to the Vatican for a private audience with Pope Benedict XVI whereby she presented the Holy Father with a CSS study on the Gospel of John and received his apostolic blessing.

Notify Me of New Trips 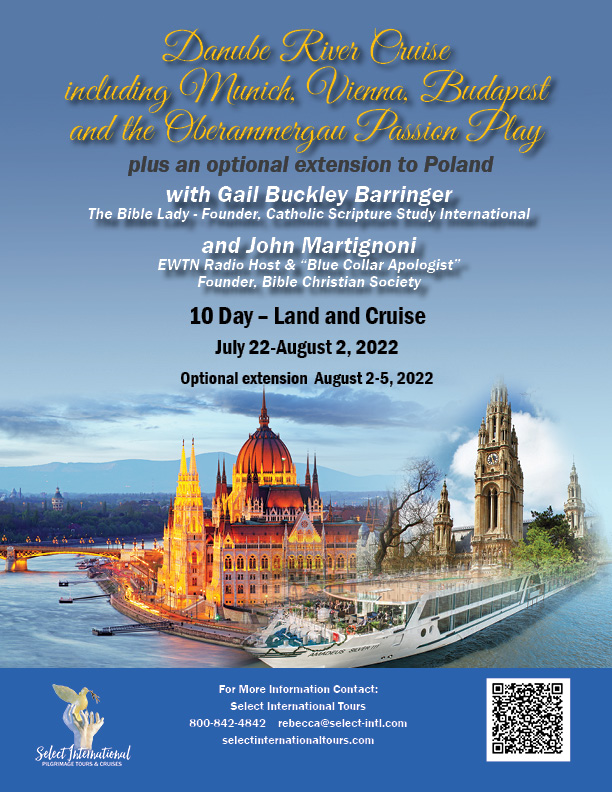