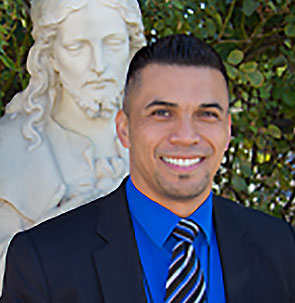 John is the co-founder and president of World Ablaze Inc., a Catholic apostolate dedicated to discipleship and evangelization. A Catholic Speaker, Evangelist & Podcaster John has been featured on EWTN, Ave Maria and Sacred Heart Radio programs. He is the co-author and co-host along with Deacon Harold Burke-Sivers of Real Men produced by Shalom World Media and is also featured on three seasons of the men’s spirituality series of That Man Is You!  and co-developed with Cardinal Studios the 20 day series “What’s Holding You Back?!” for men.

John received his graduate certificate in theology from Augustine Institute and is currently in permanent diaconate formation.  John is also a life professed Third Order Dominican. John’s greatest gifts are his beloved bride Nichole, their three children and their spouses, and grandchildren. 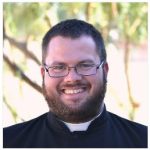 Fr. Chris’ Bio: Fr. Chris is the oldest of three children and started thinking about the priesthood in 1999 after a major car accident. This led him to become more involved in living his faith, where the Lord put the call on his heart, a call that he fought against until college. He graduated from the University of Arizona (Bear Down and go Wildcats!) in 2007. After graduating from the U of A, he entered the seminary and attended the Pontifical College Josephinum, where he graduated in May of 2013. He was ordained a priest on June 1, 2013 and served as priest in residence at St. Mary Magdalene and Chaplain and Theology teacher at Seton Catholic Preparatory High School from July 2013 until April 2018, when he was reassigned to become first administrator and then pastor of St. Mary Magdalene parish in Gilbert, Arizona. 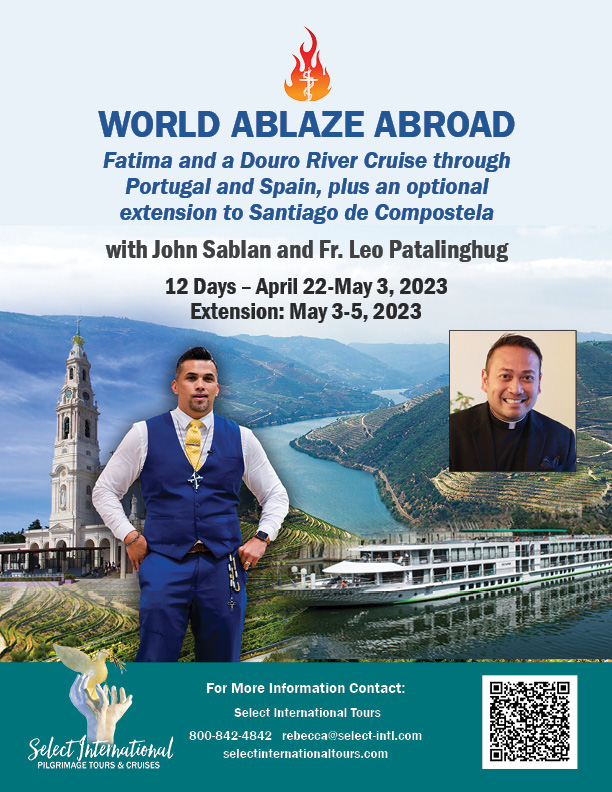 Enroll in This Trip